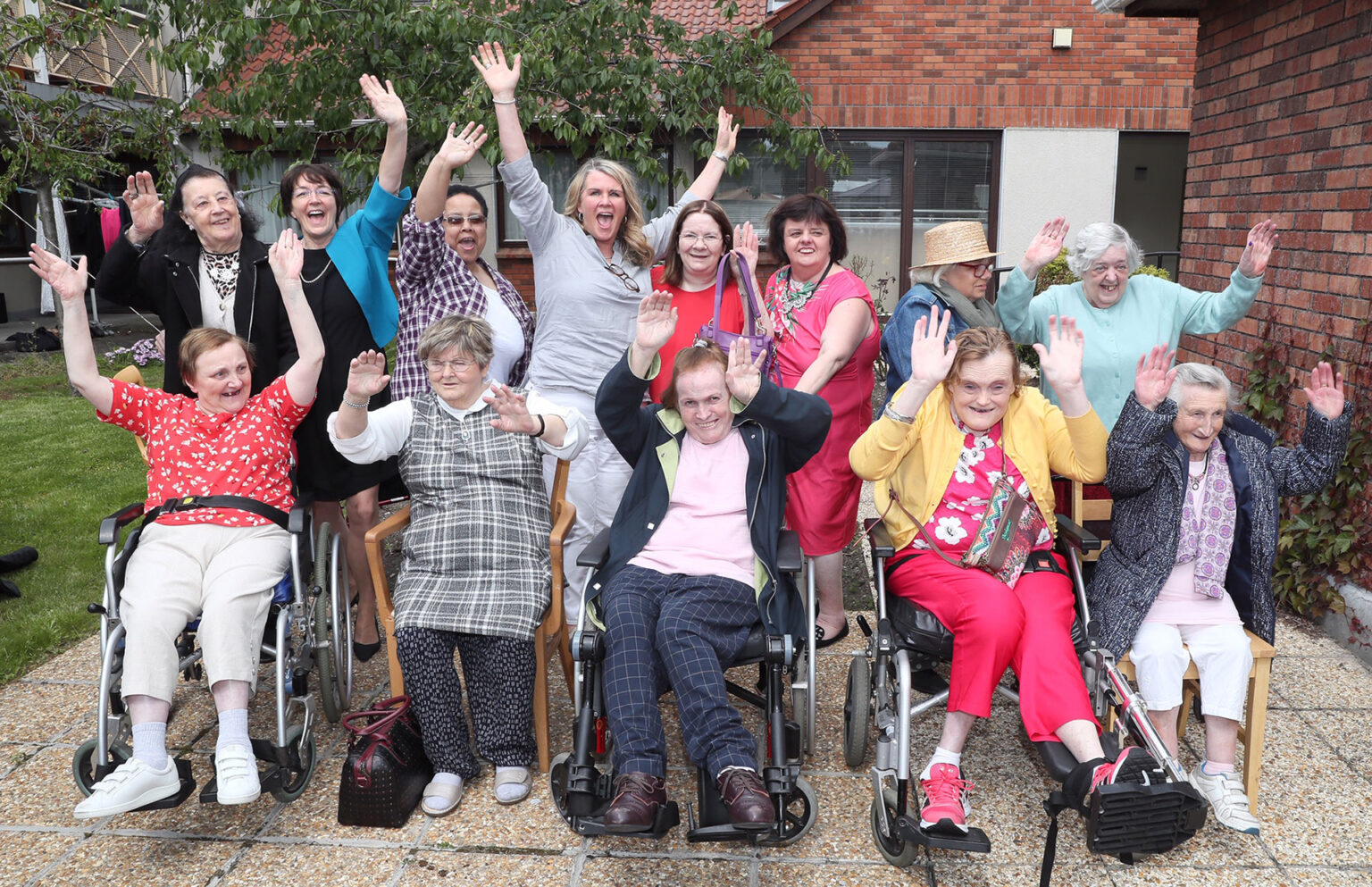 When Marie Nolan, Mary Brady and Deirdre Timmons walked out of their home at St Margaret’s Centre for the final time, they became the last residents to leave the Dublin residential institution. While it was the end of the chapter of their time living there, it was a new beginning for each of them as they moved on into homes of their own.

The HSE, in collaboration with St Margaret’s in Donnybrook, are involved in a focused project regarding the transition of services and supports from a congregated setting to full community-based service.

The staff and people decongregating from St Margaret’s to the new Time to Move On model were constantly at the forefront of the journey of self-discovery and social role that has enabled the people with a disability, who have moved to the community, to be inspired and empowered, explained Breda O’Neill, Chief Executive of St Margaret’s IRL-IASD (Independence, Autonomy, Self-Direction).

There was a gathering at St Margaret’s Donnybrook Centre to mark the closure of the residential institution where up to 70 women lived. The occasion brought together many of the women who had already moved and their families and friends. They were joined by staff, past and present and the Religious Sisters of Charity who had supported the work done over the past 12 years.

“It was a day of remembering the past. Each of the 70 women who had been at St Margaret’s in 2007 was called by name. We were taking time – time to remember and time to look forward. We were celebrating each woman’s individual journey home as they made their own choices and decisions about where and with whom they wished to live. This was also a journey with families as they supported and celebrated together, one step at a time, one day at a time,”

With the support of the HSE, the Religious Sisters of Charity have withdrawn from the governance and management of disability services, the Centre at Donnybrook has closed its doors and St. Margaret’s Donnybrook has reconfigured into St. Margaret’s IRL-IASD Ltd, working with people on an individual basis, according to their need, will and preference; supporting them achieve fully inclusive lives where they assert their independence, autonomy and self-direction at home, at the heart of their family, friends and their community.

Breda explained how the journey first began. “Conversations and story-telling and listening to the women hold up a mirror to what St Margaret’s was, what we were doing; it showed us clearly that the best institutional care was medically and centrally focused on a hierarchy of service controls, rules, regulations and protocols, risk and health and safety, and had little to do with individuality, choice, equality, autonomy, empowerment and all the other aspects of the person that are life-affirming,” she said.

“In 2007 the change of focus through the new conversations was on having a voice and individual journeys. Their voices were central drivers of change. Some of their questions that impacted immediate change, like why are the doors locked to suit staff? Why do we queue in the dining room and have lunch at 12.45? So we opened the doors 24/7 with a night reception, and the cafes opened all day with lunch served 12pm to 2.30pm with hot and cold choices served to order. They were small changes but had a major impact on their lives.”

The change from the medical model to the social support model saw a change in staffing supports to meet the changing needs of the residents, flexible responsive staffing to support choice and individualised life planning.

In 2010 St Margaret’s commenced a wider engagement with residents, families/friends and staff. It focused on each person’s move from the institution to their own home.

“The women were clear on what they wanted. After a life in institutions, they wanted their own space, their own place. That was clear, very clear. Families were afraid, they wanted safety and security. Building trust around the change took time but families walked the road of change in their support for their loved one,” said Breda.

By the time the 2011 HSE National Strategy ‘Time to Move on From Congregated Settings- A Strategy for Community Inclusion’ was published, St Margaret’s was implementing its strategy of supported independent living within the centre.

“The first mover was, in many ways, the bravest. She was supported around her fears but was clear she was not letting them stop her; she did not want to be left until last so she decided she wanted to be first to walk out the gates of St Margaret’s towards the gates of her own home. Initially St Margaret’s sourced houses in the private rental sector. This house was in Donnybrook, her location of choice. After some time she wanted something different, another move. St Margaret’s service, now her service, had to journey with her and be reconfigured to flexibly respond to her needs. This was a process that had to be done with care, support, building relationships and trust.

“The framework for building supports to meet individual needs and support the person’s will and preference grew out of this first experience, with each one being individually tailored to meet the person’s needs.”

Throughout this journey, they supported people to build their confidence in their ability and to focus on their roles and goals, engaging in their local community, getting involved according to each one’s wishes, supporting their independent choices, supporting them to keep home, to be at home.

“Families grew in trust, both of their family members and the service. After one woman’s move in which family were very worried and concerned, one family member said, ‘Thank you - all my life I have told my sister what to do; now she’s living in her own home and she’s telling me what to do – thank you for making me listen,’” said Breda. “I would like to honour all the women of St Margaret’s who engaged us all in their stories, expressed their dreams, will and preference with courage, determination, and with no small portion of fear took those first steps toward home.”